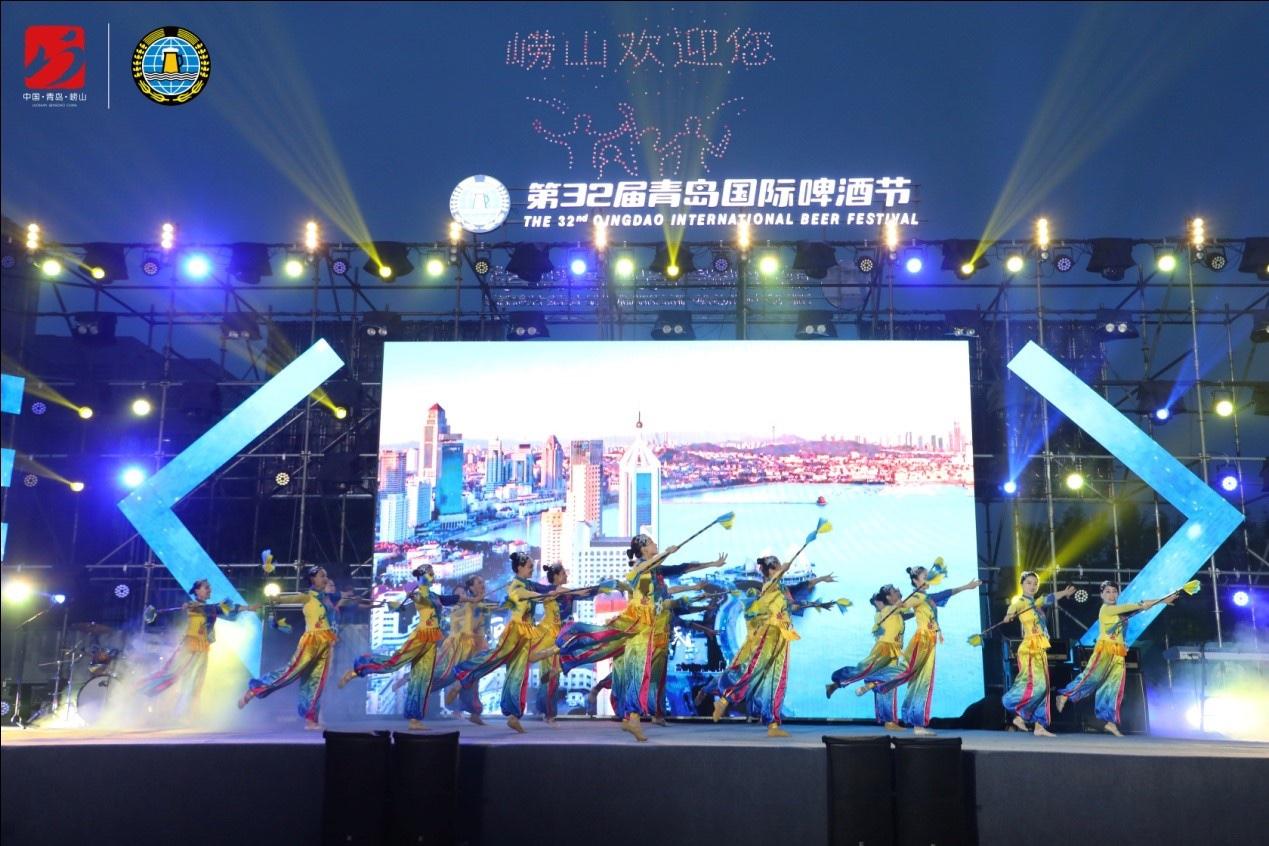 - Qingdao in July is destined to be the world of beer.

Sense of Science and Technology

A series of activities, such as  artistic performance, an art parade and drone performance, welcomed visitors from all over the world in the bright night and under a strong festive atmosphere. Chinese and foreign friends, citizens and company representatives attended the opening ceremony and invited friends from all over the world to gather in Laoshan to share the  feast.

Clemens Baumgaertner, Minister of Labour and Economy of Munich, Germany, and Commander in Chief of Munich Oktoberfest; Didier Bernheim, Academician of the French Academy of Art, Secretary General of the Jean Cardot Arts Foundation and International Economic Consultant of Qingdao Municipal Government, and Karel van Bommel, Agricultural Counsellor of the Dutch Embassy in China, sent congratulatory messages via video and expressed best wishes to the people of Qingdao and the opening of the 32nd Qingdao International Beer Festival “Dynamic Laoshan” Beer Carnival.

With a naked-eye 3D light and shadow show, pop music performance, “Handmade in Shandong, Good Products in Laoshan” China-fashion market, art carnival flash mob and other wonderful activities, as well as 500 drones shining in the night sky, the colorful technology pictures showed the romantic light and shadow changes of Laoshan and the beer festival, bringing a spectacle to tourists and citizens.

The year 2022 is the year when the Metaverse door really opens. The Metaverse is not only the next generation of Internet technology but also the future way of life. In the current consumer market, Gen Z have gradually become the largest group of beer drinkers.

Laoshan District seized new opportunities for the development of the Metaverse, took advantage of the virtual reality industry, transformed and upgraded digital cultural tourism and developed the Metaverse Qingdao International Beer Festival (also known as the “i-Beer Carnival”), which is the first Metaverse online digital experience platform of the Qingdao International Beer Carnival.

The square set up beer garden brand digital venues, and offered  Augerta and Münchener Bier  (beer) brands, virtual interactive scenes, allowing for online and offline interaction, as well as virtual and real fusion experiences, and allowed visitors to participate in the activities of the Qingdao International Beer Festival across time and space.

Beer encounters with passion, and Qingdao cheers with the world. The 32nd Qingdao International Beer Festival “Dynamic Laoshan” Beer Carnival lets you embrace your youth and have an unforgettable tour. Let’s gather at the online Metaverse Qingdao International Beer Festival, enjoy a fun journey in the wonderful dynamic Laoshan District Qingdao, and start a new future.

7 ways to increase storage space in your backyard